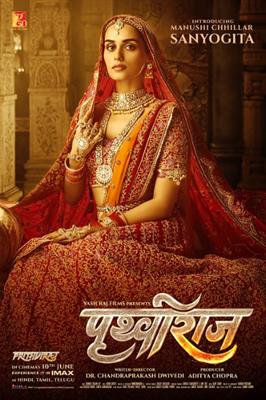 Akshay Kumar’s much awaited historical Prithviraj based on the life of Samrat Prithviraj Chauhan will now release on June 10 2022.

Prithviraj was earlier slated to release on January 21 but was postponed owing to the rise in COVID-19 cases across the country.

Akshay Kumar took to Twitter to announce the new release date of the film, produced by Aditya Chopra's production house.

"The grand Samrat #Prithviraj Chauhan's historic journey is coming to the big screen on 10th June in Hindi, Tamil & Telugu," the 54-year-old star wrote alongside the character posters of the cast.

'Prithviraj' is the story of the incredible valour of Samrat Prithviraj Chauhan, the movie also stars former Miss World 2017 Manushi Chhillar marking her debut as Sanyogita.