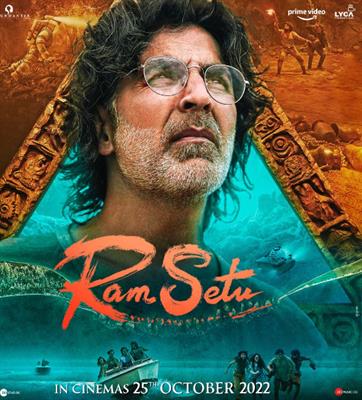 Akshay Kumar has finally unveiled the teaser of Ram Setu, his fifth film of 2022 slated to release around Diwali on October 25.
The actor plays an archeologist who is on a mission to discover and save the Ram Setu. The teaser shows him getting into a special suit and diving underwater all by himself to have a look at the Ram Setu under water.
The teaser doesn't give much clue into the plot of the film but Akshay does give us a hint as he declares that they have only three days to save the Ram Setu. Nassar as a powerful personality in a black suit and Nushratt Bharuccha, Jacqueline Fernandez and Satyadev Kancharana are also seen in the teaser.
Check out the teaser below:

Akshay captioned, "राम सेतु की पहली झलक…just for you. Made this with a lot of love, hope you like it. बताना ज़रूर #RamSetu. October 25th. Only in Theatres worldwide."