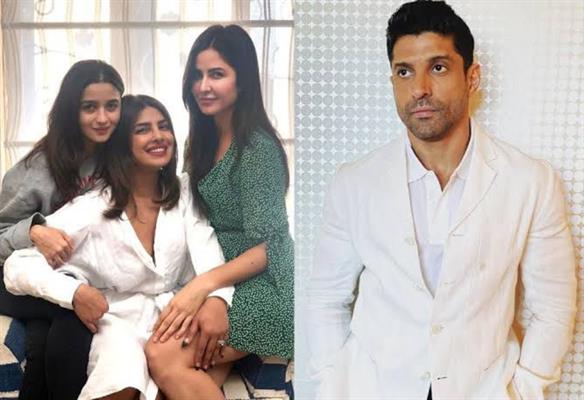 Last year, Farhan Akhtar announced his next road-trip directorial project Jee Le Zaraa, written by Zoya Akhtar and Reema Kagti in collaboration, under the banner Excel Entertainment and featuring three A-list actresses Alia Bhatt, Katrina Kaif, and Priyanka Chopra. As soon as the film was announced, the internet went gaga over 3 powerhouse women coming together for an ambitious Excel Production project - Jee Le Zaraa.
While there were several rounds of speculation if the film is happening or not, Alia Bhatt discarded all  the rumors in her recent media interaction. She said “IT'S HAPPENING!!...We will go on floors next year. Of course we can not go on the floor this year (Indicating to her pregnancy). We ain't letting that film go. We are fighting for it and we are all too excited about it. It's going to be quite massive and we can't wait’.
Meanwhile, there is a lot of buzz around Jee Le Zaraa and this collaboration is said to be one of the biggest collaborations ever.  The makers have topped in three powerhouse actress for a project as big and as promising as Jee Le Zaraa.
Excel Entertainment is one of the leading production houses in India. Excel Entertainment has given super hits like Dil Chahata Hai, Zindagi Na Milegi Dobara, Dil Dhadakne Do, and Gully Boy to name a few.
Tags : Alia Bhatt Jee Le Zaraa farhan akhtar Zoya Akhtar