Why Alia Bhatt is getting brutally trolled? 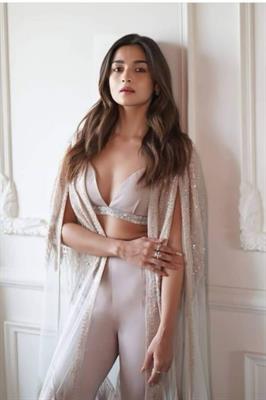 Alia Bhatt has once again triggered netizens which in turn brought attention to her film upcoming Brahmastra. Many took offence at the Bollywood actress' recent statements which led to massive Twitter trends of 'Boycott Brahmastra' and 'Boycott Bollywood'. Although, neither the film nor the actress is new to this. Alia has often been targeted by trolls for various reasons.
A Twitter user wrote, "#Bollywood seems to be losing its mind because of #BoycottBollywood trend. As you wish dear @aliaa08". Another user wrote, "Inspired by Kareena Kapoor Khan, now Alia Bhatt says, "I can't keep defending myself verbally. And if you don't like me, don't watch me" So you know what should we do next with her upcoming movie, Bhramastra, right? RT to amplify & reach everyone's TL & all WhatsApp groups." "'Don't like me, don't watch my movie' -Alia Butt The audacity of this nepo seed! Challenge accepted!!! #BoycottBrahmastra #BoycottBollywood" wrote another.

Alia Bhatt : If u don't like me don't watch me I can't help it

We will all fulfill her wish too

We are just tickets buyers for them. They only need your money not you. #BoycottBrahmastra #BoycottBollywood pic.twitter.com/IJ8u9NWxXy

Earlier, Kareena Kapoor's old interview surfaced on social media right ahead of the release of her film 'Laal Singh Chaddha' which made people furious