Amit Sadh opens up on saying no to Alcohol ad campaigns 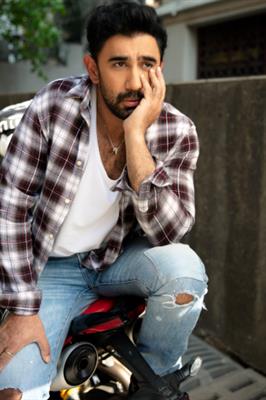 There have been a lot of controversies lately on actors endorsing several health-affecting brands. While many celebs were slammed for endorsing a Pan Masala Brand, various other actors were ridiculed for signing several tobacco brands.
The media has been pointing out the double standards of the actors and quite creating chaos. Amidst the acceptance of health-deteriorating brands by various actors in Bollywood, Kai Po Che fame actor Amit Sadh came forward and opinioned on being offered to endorse an alcohol brand. The actor quite values his work and his audience who forms a bigger part of his life.
He recently opened up on rejecting one of the alcohol brands he was offered to be a part of. He became another actor to say no to such a negatively impacting brand.
When asked about his take on rejecting the same, Amit expressed - "I work for my fans and my audience. I cannot work on something that will hurt their sentiments or is likely to cause any kind of harm. I am also utterly against promoting a brand that has the potential to become an addiction or an unhealthy habit than benefiting the consumers.
I remember doing a digital ad campaign last year where the act of it had actually offended a few fans of mine. I immediately decided that I won't take up anything that will hurt them and also chose not to endorse any alcohol brands as well. So, recently when this particular brand offered, I knew what I had to say."
As the netizens slam the celebs of B-Town for their decisions to endorse such brands, actors like Amit Sadh take a different approach towards letting their decisions make a rather positive impact on society as a whole.
Tags : Amit Sadh