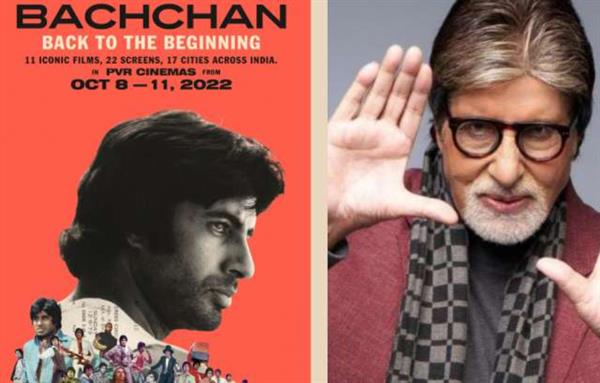 Heritage Foundation on Friday announced a film festival to celebrate Amitabh Bachchan's 80th birthday, as a part of which movies featuring the megastar will be screened in 17 cities across the country.
The festival will celebrate the actor through his landmark early films across 17 Indian cities, covering 172 showcases and 30 screens across 22 cinema halls. The unique festival has been announced by Film Heritage Foundation in partnership with PVR Cinemas.
In collaboration with PVR Cinemas, the festival is sated to be one of the grandest film festivals to celebrate the icon through his films. The four-day celebrations will be conducted from 8 to 11 October in 17 cities, covering 172 showcases and 30 screens across 22 cinema halls all over India.
Tags : Amitabh Bachchan