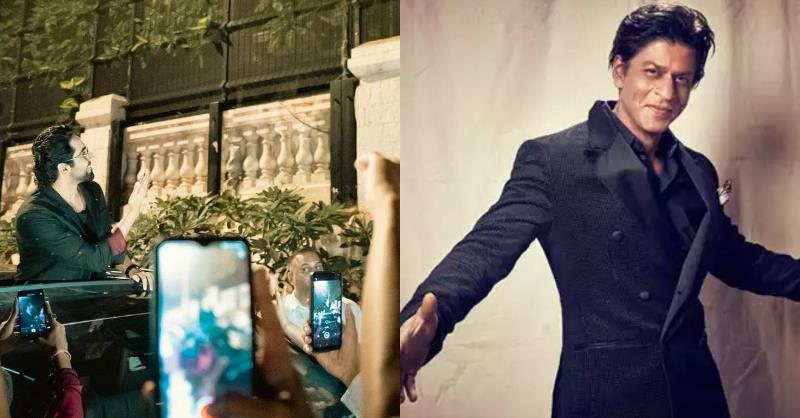 An Action Hero actor Ayushmann Khurrana proves he is the biggest fan of Shah Rukh Khan. Ayushmann took to his Instagram handle to share a picture of himself where he is seen posing in front of Shah Rukh Khan's Mumbai residence, Mannat'.
The actor was seen posing outside the house from the rooftop of his car. Along with the picture, he wrote, 'Mannat se guzar raha tha. Toh ek mannat maang li (was passing by Mannat so I made a wish). #AnActionHero #2ndDecember #SRKian.' The actor also added the song, 'Baazigar O Baazigar' from SRK's film, 'Baazigar' along with the picture.
Ayushmann Khurrana called himself a 'fan' of Shah Rukh Khan and said that he made a wish (mannat) as he drove by the star's residence. Ayushmann Khurrana added the title song from the SRK hit Baazigar in the background. Sayani Gupta replied with a heart emoji, while Maniesh Paul said, “[Heart emojis] this song and especially these lines.”