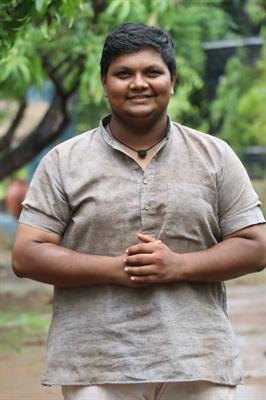 Sony Entertainment Television’s Mere Sai: Shraddha Aur Saburi which illustrates some of the most valuable life lessons with each and every episode and showcases the important morals of life that one must follow to lead a holistic life, is now presenting the emergence of technology and industries in Shirdi.
Such development in the village has opened doors for the outsiders to settle in for work. One such family has a 20 years old boy Undrya played by Manthan Shah from Ahmedabad, who is mentally unstable and behaves like a 4-year-old child. Unable to understand his condition and with Kulkarni's plan to instigate the fear of outsiders in people’s minds, Undrya becomes a victim of a villager’s hatred.
Talking about the preparation to get into the character's skin, Manthan shares, “This is the first time I am playing such kind of a role. It is indeed a challenging task to play the character of someone who is physically 20 years old but mentally acts like a 4-year-old child. When I narrated the part, I did my own homework to give justice to the maker’s thoughts.
I watched quite a few films including Anil Kapoor’s cult movie Eeshwar, which inspired me to portray Undrya. The makers of the show have given me the liberty to portray the role in my way. I still remember when the director asked me to come up with a walk for the character. I worked hard on the walk, eye contact, body language, and dialogue delivery for the same and I hope the audience will connect to my character.”
Further, sharing about his experience of working with Tushar Dalvi who essays the role of Sai Baba, Manthan says, “Tushar sir is a delight to work with.
He is a very down-to-earth person and just sharing the screen with him is a big thing for me. He makes the scene so effortless that even our part gets easier. I am learning a lot from him, and I am sure I will be taking back a lot of experience from the show and from all the talented co-actors.”
Tune in to Mere Sai: Shraddha Aur Saburi, every Monday to Friday at 7:00 PM only on Sony Entertainment Television!
Tags : Manthan Shah Anil Kapoor Eeshwar