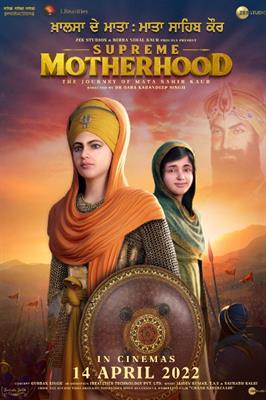 iRealities Studios after bringing India's biggest and most successful animation movie 'Chaar Sahibzaade’ teamed up with Nihal Nihal Nihal Productions to bring the remarkable life story of Mata Sahib Kaur titled Supreme Motherhood- Journey of Mata Sahib Kaur to screens.
The brilliant creative team at iRealities has extensive experience and deft at handling the sensitive subjects of Mythology, religion, and History. What began as a commitment on developing original Indian content in animation is today a banner with 6 feature films under production with some of the celebrated directors from the mainstream Indian Film Industry and 3 TV series currently under production, post the release of Mata Sahib Kaur & Chaar Sahibzaade.
Realities incidentally is also the first studio to work with Hollywood studio Warner Bros to create an original full-length animation feature film.  Staying true to their firm belief of telling Indian stories related to its history, culture, and mythology, this was the story to be unfolded on screen.
Supreme Motherhood- Journey of Mata Sahib Kaur, is the amazing life story of Guru Gobind Singh's wife, Mata Sahib Kaur, one of the greatest female leaders in world history. For the first time ever, this movie will showcase a female role model, who's an epitome of courage, a symbol of strength-leadership, and the Quintessence of motherhood - The Mother of Khalsa (Mata Sahib Kaur)Since its release, Supreme Motherhood has taken the world by storm & has been garnering rave reviews worldwide.
Prasad Ajgaonkar, founder of iRealities and also Animation Director of the film says “It’s exciting for us to be associated with this film after Chaar Sahibzaade, nothing excites us more than telling of Indian stories through animation medium. There is so much to do in this space; India is a country with so many stories, so many heroes known & unknown, exemplary women warriors.
All need their space in history & need to be brought on screen.” Supreme Motherhood released on 14th April 2022, the movie not only garnered tremendous love from the Sikh community but way beyond and is also growing in every market worldwide. Produced by- Nihal Nihal Nihal Productions & Worldwide Sikh Sangat, Directed by Dr. Baba Karandeep Singh Animation: