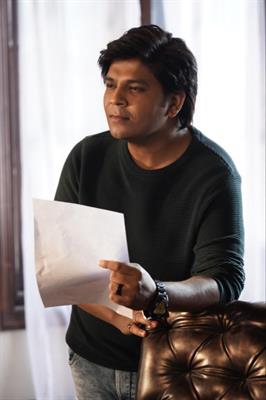 With the anticipation of Ek Villain Returns thick in the air, fans have been eager to hear the reprised version of the franchise’s biggest song Galliyan Returns. The tiny scratch in the trailer was enough to set the town talking about the new song!
Hailed as one of Bollywood's iconic love songs of all times, Galliyan has been one of the most prominent love anthems of the decade. While the original song was a soothing soulful melody, Galliyan Returns perfectly sets the tone for the darker and more dangerous world with its tunes.
Talking about this big change in terms of tone of the song, singer-composer Ankit Tiwari said, ”Galliyan Returns enters a much darker universe and therefore that is replicated in the song. There is more intensity, more hurt and more love that translates into the song. Even though the song is a remake, it’s not a replica of the original. In fact, it’s poles apart! The pressure to outdo the original was real due to all the love it has received but I am sure fans are going to love Galliyan Returns just as much, if not, more!"
With Ek Villain Returns set to hit the theaters on 29th July, fans can’t wait to catch the sequel! And now, with the release of Galliyan Returns, the anticipation for the film has been taking another notch higher with fans excited to hear singer Ankit Tiwari's melodious voice!
Tags : ankit tiwari Galliyan Returns