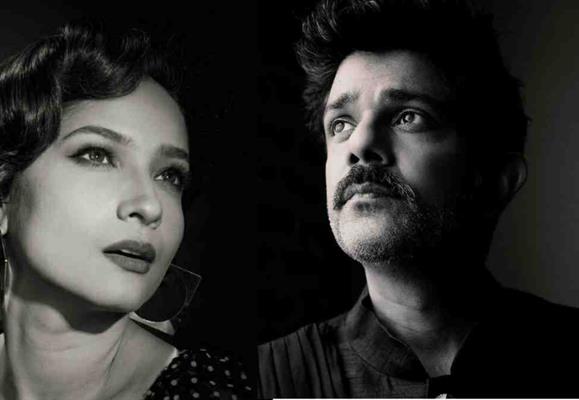 Ankita Lokhande and Amit Sial will play key roles in SwatantryaVeer Savarkar, a biopic on freedom fighter Vinayak Damodar Sarvarkar.
Producer Sandeep Singh said, "Ankita is a bundle of talent waiting to be tapped. It's a high time she be given her due as an artiste. I hope my film adds to her repertoire, a feather proudly placed on her cap. I have known Ankita for years and have great regard for her as an actress and a friend."
"As for Amit Sial, he is born for cinema. His knowledge and passion for the art is commendable. I am glad Amit is in my film playing an important supportive character," Sandeep  Singh said.
Producer Anand Pandit said, "We are proud to have Ankita Lokhande and Amit Sial on board. Both have years of experience as actors which adds to our film's intensity."
SwatantryaVeer Savarkar marks the debut of Randeep Hooda as a director besides playing the titular role.
SwatantryaVeer Savarkar is conceptualised by Sandeep Singh, and its written by Utkarsh Naithani and Randeep Hooda, The film is produced by Anand Pandit Motion Pictures and Legend Studios, Producers Anand Pandit, Sandeep Singh and Sam Khan, The film will release on 26th May 2023, marking the 140th birth anniversary of Veer Savarkar.
Tags : Ankita Lokhande Amit Sial Randeep Hooda SwatantryaVeer Savar