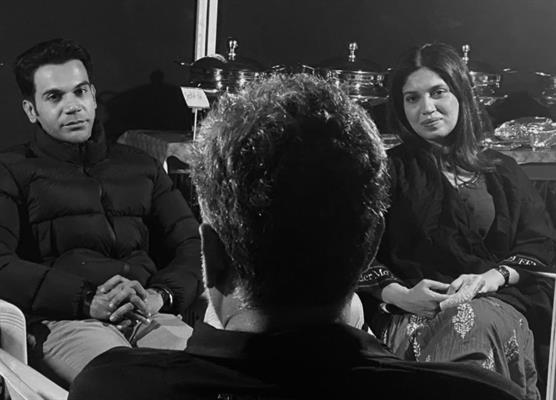 The power of an Anubhav Sinha film is indomitable. When the trailer of his newest movie Anek released a week ago, it pretty much broke the internet with netizens already hailing it as one of the most superlative political thrillers of the recent past in India.
Delving into the dialogue around what constitutes one’s identity as an Indian is deftly done.Riding high on the love and laurels coming his way, Sinha is already working towards his next film Bheed. The movie headlined by Rajkummar Rao and Bhumi Pednekar has a release date and will be opening in theatres on November 18. Carrying forward the baton of conscientious films that the filmmaker is known for, Bheed is a socio political drama from the master himself. Designed as a movie that is bound to resonate with every Indian, the film’s narrative tackles a universal message, paving way for dialogue and discussion.
Sinha tells us, “The film has a subject that I have built from a nagging thought in my head. What started with a small idea, soon metamorphosed into a screenplay that nudged me to make the film on a large canvas. As a filmmaker, I believe entertainment has the responsibility of making its audience think. I have attempted that with every film of mine and that’s what we are doing with Bheed. I have had the good fortune of working with an excellent cast. Bhumi, Raj, Dia are so good in the film. My crew was an important pillar of strength, pushing me to do better each day. I had the support of Bhushan Kumar, who is a dream collaborator. I can’t wait for everyone to watch the film”
Bhushan Kumar, joint producer of Bheed adds, “We have finally locked the release date of what I believe is one of the most important films of 2022. Anubhav is a filmmaker who wants his distinct voice to reach the length and breadth of the country. Bheed is that film, that story which has the power to get everyone talking in one voice.”
The film was shot through November and December last year. Bheed is jointly produced by Bhushan Kumar’s T-Series and Anubhav Sinha's Benaras Mediaworks will release on November 18, 2022