Applause Entertainment and SonyLIV announce their lead actor for Scam 2003: The Telgi Story 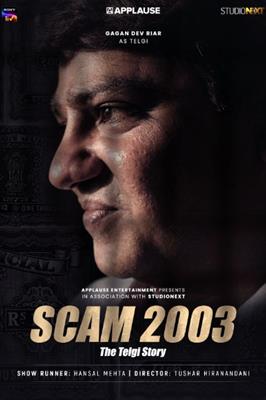 Post the success of Scam 1992: The Harshad Mehta story, Applause Entertainment created a stir with the announcement of the 2nd season of their popular 'Scam' franchise titled 'Scam 2003: The Telgi Story.
While, Pratik Gandhi aced the role of Harshad Mehta, the Big Bull of Dalal Street, now the creative and casting teams have found the perfect match to play Telgi, the fruit seller who built an empire by counterfeiting stamp papers. A veteran theatre artist ‘Gagan Dev Riar’ has been roped in to play the role of Abdul Karim Telgi.
The series chronicles the life of Abdul Karim Telgi, a fruit-seller born in Khanapur in Karnataka, and his journey to becoming the mastermind behind one of the most ingenious scams in India. The scam, spread across multiple states, shook the entire country
Scam 2003 is adapted from the Hindi book ‘Reporter ki Diary’, authored by journalist Sanjay Singh, who broke the scam back in the time. The series will be helmed by the National award winning director, Hansal Mehta and Tushar Hiranandani. Casted by Mukesh Chhabra, the series is currently filming and will soon stream on SonyLIV.

‘Scam 2003: The Telgi Story, is produced by Applause Entertainment in association with StudioNEXT.