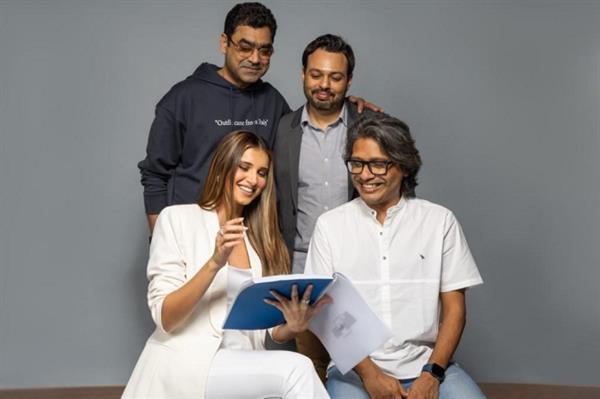 Star Studios and Cine1 Studios today announced ‘Apurva’, starring the talented youth icon Tara Sutaria in the lead. Directed by Nikhil Nagesh Bhat, it will showcase the gripping story of a girl who survives a dangerous night, using her wits and strength in this high-stakes game of life and death!

‘Apurva’ is an edge of the seat thriller and will see Tara Sutaria in a never seen before avatar, based on a story that will keep audiences hooked right to the very end.

Tara Sutaria who plays ‘Apurva’ says, “I couldn’t have asked for a better script and as a young woman it makes me proud to be able to play ‘Apurva’. This is a story of a girl whose grit and inner strength is remarkable, and I’m thrilled to begin my journey in portraying a young woman whose intelligence, wit and courage are the reasons she survives against all odds.”

“Apurva’ is a story that excited all of us at the studio from the word go and we knew we had an incredible thriller waiting to be told. We are proud to present a compelling narrative that is going to keep the viewers engaged till the very end” said *Bikram Duggal, Head of Studios, Disney Star.

Murad Khetani, Cine1 Studios adds, “When I heard ‘Apurva’, I instantly knew that this story needs to reach the audience. Tara, I believe is extremely talented and it will be exciting to present her in this thriller ably helmed by Nikhil Bhat. It’s been great collaborating with Star Studios and the entire team to bring this story onscreen.”

Director Nikhil Nagesh Bhat says, “I appreciate the faith put in me by Murad bhai for loving the script from the get go and to being given the opportunity to direct such a unique story. It is a script that will totally enthrall viewers. I’m looking forward to collaborating with Star studios & eagerly looking forward to the entire process!”