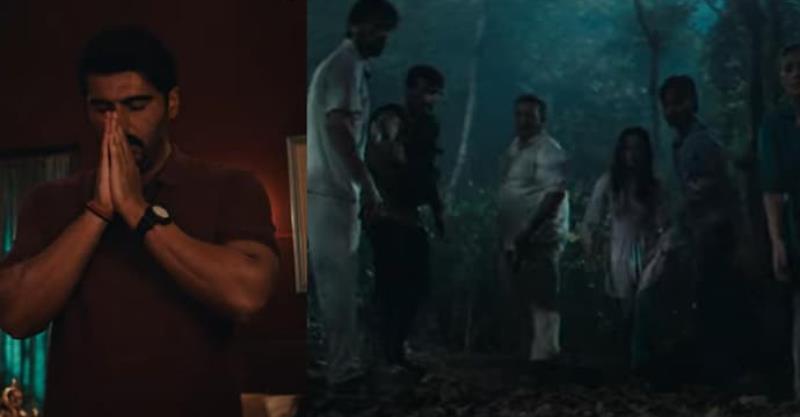 The much-awaited trailer of Kuttey released on Tuesday and it is gripping in every sense. His dialogue sets the tone for a rollercoaster ride with this thrilling, raw, and earthy trailer, tinged with dark humour.
The seven grey-shaded characters appear to reflect what they will portray in the movie while leaving fans guessing about the essence of the upcoming movie.
The trailer begins with Arjun Kapoor standing in the midst of jungle, surrounded by Tabu, Kumud Mishra, Radhika Madan and Shardul Bhardwaj with weapons in their hands.
After a countdown, he asks them to get rid of their respective pieces of weapons. After mutual agreement, the gang agrees to lose their guns, only to collectively point them at Arjun Kapoor, who exclaims "Sharafat ka zamana hi nahi raha ( there is no decency left in today's time)."