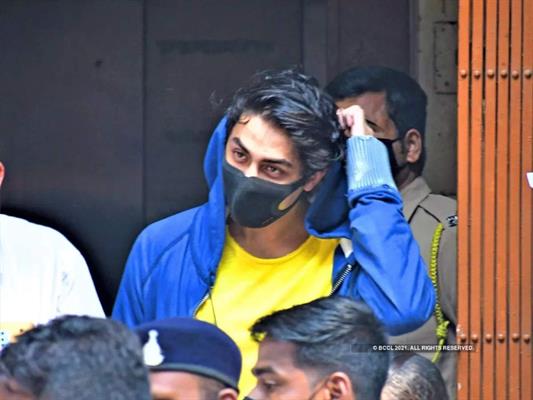 According to reports, the anti-drugs agency NCB had sought longer custody of Aryan Khan, till October 11. "Need him in custody till October 11 for questioning him," the agency had been reportedly quoted saying.

"Unless we investigate the consumer how do we know who is the supplier, who is financing it?" the agency told the court, contending that an international cartel is apparently involved in the case.

Aryan Khan maintained that he was a special invitee to the cruise ship and "cannot be roped in with the entire seizure in the case".

The high-profile raid on Sunday – October 03, 2021 yielded 13 grams of cocaine, 21 grams of charas, 22 pills of MDMA and 5 grams of MD in all, the NCB has said. The charges brought against Aryan Khan include purchase, possession and use of banned substances, it added.

Bollywood superstar Shah Rukh Khan's son Aryan Khan and the two others -- Munmun Dhamecha and Arbaaz Merchant -- were arrested Sunday evening in connection with the seizure of banned drugs onboard a cruise ship off the Mumbai coast.

Arbaaz Merchant and Munmun Dhamecha, who were arrested in the same case have also been sent to NCB custody till Thursday, October 7.