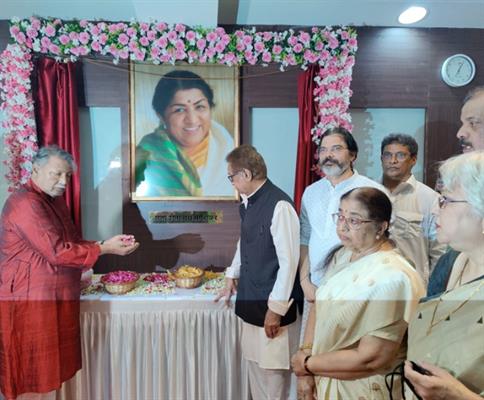 Sur Kokila and Bharat Ratna Late Lata Mangeshkar are no more with us today but their presence will be forever in the heart of every Indian.

The world of Mangeshkar family is the home of the memories of Lata didi, who merged with the five elements by saying goodbye to the world on 6 February.  That's why the photo of Lata didi was unveiled in the Dinanath Mangeshkar auditorium.

Lata didi, the eldest of brothers and sisters, will continue to inspire her family and the generations to come with her blessings by becoming a beautiful picture on the walls of the same hall today. 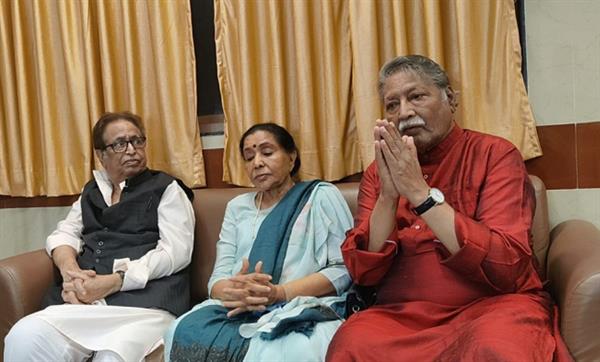 Actor Vikram Gokhale inaugurated the photo of Lata didi.  With whom Mangeshkar's relationship is 70 years old.  Vikram Gokhale became very emotional on this occasion, he said that "My father and Dinanath Mangeshkar family are related for centuries. We used to call Lata didi as Dinaaba. Who told about the friendship of her father and Dinanath Mangeshkar and Lata didi.  His relationship with him was very close, mentioning this, he became very emotional".

Asha Bhosle became very emotional on this occasion.  Lata didi's sudden demise is not less than a big pain for her and her eyes also became moist while talking to the media.  Asha Bhosle said "Whenever I used to go to take blessings from Didi, she used to tell me not to touch my feet always, my blessings are always with you whether you come here or not. Mai, Baba and I are always close to you."  Now it happens that after his departure, whose blessings I should take, whom should I tell my troubles?

When we were very young, then Baba left, after Mai's departure, Lata didi took care of us all as a father, and today after her departure.  After that we all became orphans. Didn't think that all this would happen so soon, now she could live for more years.

Hridaynath Mangeshkar also said that " Didi's passing is very sad for all of us. Today Didi's picture was unveiled in Dinanath Auditorium and there are 4 theaters of Dinanath Mangeshkar in Pune, there also Didi's picture will be installed. Today her photo was installed.  It hurts a lot to see, but what to do?  And he also assured that Didi's memorial would be made at different places.