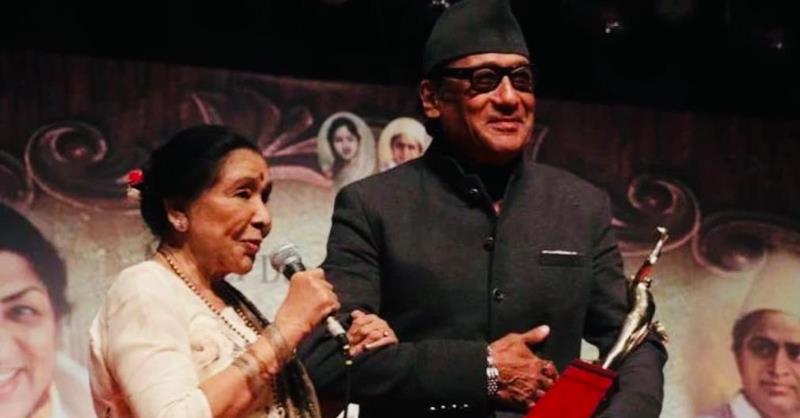 Legendary singer Asha Bhosale has sung thousands of songs in her glittering singing career but this is also fact that she never gave her voice for symphony for any Hindi film. Now she got this opportunity for the first time in her life and the credit for this goes to film "Life Is Good". The film is being produced by Anand Shukla and the director is Anant Narayan Mahadevan.
Lyricist Manvendra has penned this symphony and it's opening line is "rut bhige tan ghar aayi thi..." and it's composed by Abhishek Ray.
Abhishek has long association with Ashajee. He knows the legendary singer since he was associated with Gulzar saab for album "Udas Paani". When Abhishek was working on the music of "Life Is Good" he thought of symphony and later approached Ashajee. When the singer was told about symphony she was thrilled as for the first time in her career she was giving her voice for symphony. She was overjoyed when she was told that the leading man of the film is Jackie Shroff. She lovingly calls him Jaggu and thrilled Ashajee soon prepared herself for recording.
Post recording Ashajee said," today's day is special for me as my dream has come true. It was my long time desire to give voice for symphony and later i started thinking that may be it's not in my luck. But out of the blue i got this opportunity and now I can say my music circle is completed. What's more. This is for Jaggu's film. I love and respect him very much. For my favourite actor's film i got this chance. What more I can ask for. I really thank God for this".
Jackie too was thrilled when he heard the praise from Asha Bhosle. He said," music played very important role in shaping up my career. My film "Hero" had chartbuster songs and since then i am very much inclined with the music of my films. I feel blessed that Ashajee got the chance to sing symphony thru my film. This symphony is special for me as it's in the voice of Ashajee and I can say proudly that yes, life is good".
According to Abhishek Ray this symphony reflects the mood of the film. As the season keeps on changing same all the days of the life are not same.  This beautifully composed soothing symphony is the soul of the film and music lovers are bound to love it.
Producer Anand Shukla had never thought that with his film legendary singer will get the chance to give her voice for symphony and now Anand Shukla too feels that Life Is Good with this achievement.
Tags : Asha Bhosle Life Is Good