Atrangi Re wins at IIFA 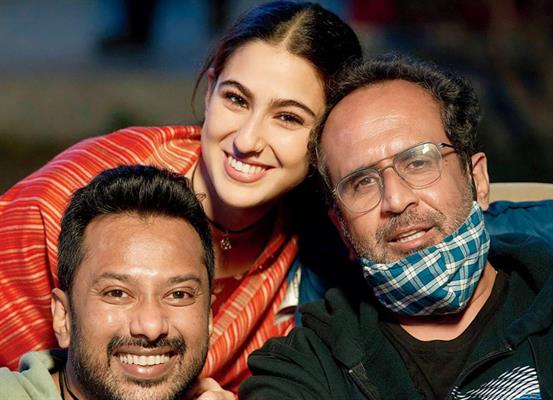 Aanand L Rai's Atrangi Re broke all OTT records last year! Known for its brilliant storytelling, stellar performances, Atrangi Re’s chartbusting music had the nation humming its tunes! Composed by the legendary musician A. R. Rahman, the album had the best minds in music coming together. And it seems that the fever surrounding the music is never ending!
It’s been raining awards for Atrangi Re’s music at IIFA 2022! While the iconic A. R. Rahman won ‘best background score’, choreographer Vijay Ganguly, the man behind Sara Ali Khan's famous moves to Chaka Chak, recently took to his social media to share some happy news. He was awarded the IIFA Award - 'Best Choreography' for Chaka Chak at the 22nd edition of the event, which will be held in Abu Dhabi.
On his social media page, Vijay Ganguly wrote, "And this happened!! Happiest to share it with u all!!! IIFA #2 ! 'Thank you' alert." In his thank you message, he expressed gratitude to ace filmmaker Aanand L Rai for trusting him with Chaka Chak and giving him something so special.
The Aanand L Rai directorial starred Akshay Kumar, Dhanush and Sara Ali Khan. Streaming on Disney+ Hotstar, Gulshan Kumar and T-Series, Aanand L Rai and Cape Of Good Films present Atrangi Re, a Colour Yellow production, produced by Aanand L Rai and Himanshu Sharma, produced by Bhushan Kumar and Krishan Kumar