Have always tried to unite the whole of India!’ : Ayushmann Khurrana on why he is the face of credible, pan-India legacy brands 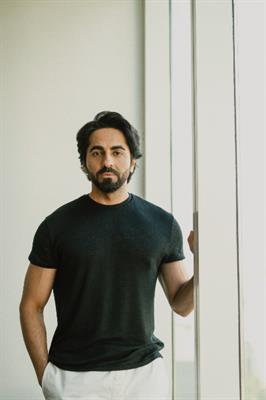 Young Bollywood star Ayushmann Khurrana has been roped in by legacy brands like ICICI and Godrej to be their pan-India brand ambassador, a clear sign that he is one of the most trusted names among all age-groups in India.
Ayushmann, who has been voted by TIME Magazine as one of the Most Influential People in the World because of his risk-taking script choices that look to affect positive social change, has had his equity soaring in the brand endorsement space for years now. Ayushmann says, “It is truly an honour for me to be associated with legacy brands.
For someone who has had no backing in the industry, such moments are truly humbling and validating at the same time. I’m guessing my film choices and how they trigger a thought about social change play a large role in me being viewed as someone who is credible enough for such brands to take the punt on me.” Ayushmann credits the success of his films for propelling his stardom and equity to greater heights.
He is now considered as one of the most endearing and relatable personality in Bollywood today whose films promote inclusivity. He says, “I have always tried to unite the whole of India through inclusive subjects and disruptive scripts and characters that challenge the status quo at every given step. If I’m being viewed as someone who is contributing to sparking a dialogue and aiming to have a positive social impact, then I’m doing my job correctly.”
Ayushmann adds, “As an entertainer who likes to deliver a powerful message through my brand of cinema, my choice for brand endorsements are also thought through. I look to stay true to my thoughts and beliefs.”
Ayushmann has a stellar line up of films in 2022. He will be next seen in Anubhav Sinha’s Anek that releases on May 27, Anubhuti Kashyap’s Doctor G and film-maker Aanand L. Rai’s Action Hero being directed by debutant Anirudh Iyer.