Anek: Anubhav Sinha’s next with Ayushmann Khurrana to release on this date 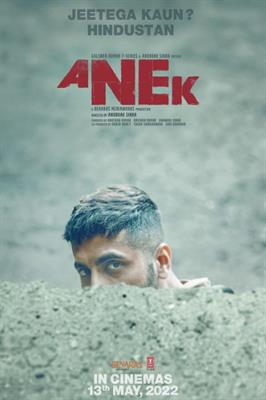 Anek: Anubhav Sinha’s next with Ayushmann Khurrana to release on this date

Anubhav Sinha is all set to release his next ambitious political thriller, Anek on May 13. Sinha reunites with his Article 15 actor Ayushmann Khurrana and Thappad producer Bhushan Kumar to shoot a sharp, hard-hitting socio-political drama in Anek.

The film was to earlier release in late March but with the third wave hitting the country, the makers decided to shift the release to May.

The film reportedly delves deep into a subject that’s left untouched by filmmakers in the country. Shot in exquisite locations of the North East, the filmmaker calls this his most ambitious project till date. Revered as the filmmaker who gravitates towards stories of grit, the film looks like a suitable asset in his rich repertoire.

Its promising subject that’s kept closely guarded, the film is also Sinha’s most expensive project till date. Mounted on a grand scale Anubhav Sinha shot the film in difficult terrains of North East India. Ayushmann Khurrana will be playing the role of Joshua. The star had posted a snazzy picture of his look that got fans talking.

Sinha’s frequent collaborator Bhushan Kumar believes in backing strong, content-heavy and unique stories which makes the union with Sinha a solid one.

Talking about the release date, Anubhav Sinha says, “Anek is based on a subject that concerns our country at a deep rooted level. The film is set in a certain social context and aims to celebrate diversity of our nation. It was an incredibly difficult film to make. We shot it in locales hard to navigate and in times that were the most difficult. But the film feels like a triumph of our spirit and I am so proud of what we’ve created.”

Bhushan Kumar adds, “Anek is a celebration of diversity and an important subject that needs to be brought into the limelight. That’s what made me want to be a part of it. This is a new benchmark Anubhav is setting for the industry by telling such a passionate story.”

Anek, jointly produced by Bhushan Kumar’s  T-Series and Anubhav Sinha's Benaras Mediaworks., is all set to release on 13th May, 2022.