Ayushmann Khurrana next Anek once again brings back the Hindi language debate!!! read how? 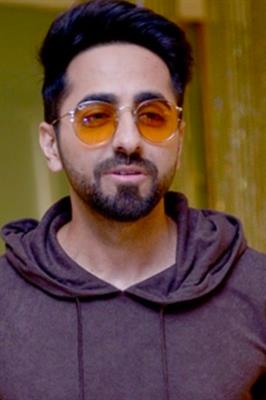 Few days back we saw a heated twitter debate between Ajay Devgn and Kiccha Sudeep over Hindi no longer being a national language and today Ayushmann Khurrana launched the trailer of his next political action thriller ' Anek' that somehow have jumped into the ongoing debate.. A particular scene in the trailer shows Ayushmann Khurrana converversing with a man who belongs to Telangana.
Ayushmann asks him why he thinks of him as a north Indian, When the man says that it is because his Hindi is clean, so Ayushmann replies, “So Hindi decides who is from the North and who is from South?” When the man says no, Ayushmann says, “So, it’s not about Hindi, either!” This conversation reminder some of the twitter users about the debate that happened on twitter few days back.
Hard-hitting at its very core, the trailer of the political action thriller sees Ayushmann step into the shoes of an undercover cop, a first in his career. Shot on a massive, big canvas scale, ‘Anek’ filmed extensively in extraordinary locations in the North East, boasts of not just riveting content but also gripping action sequences. ‘Anek’ is an political action thriller about an Indian who will rise and make India win.

I am truly agree with dialogue and who else agree with this ? and @KicchaSudeep
Is the first one to raised the voice #AnekTrailerpic.twitter.com/LIJhxnwujf

The film is shot in extraordinary locations in the north east. Starring Ayushmann Khurrana and Andrea Kevichusa, Anek jointly produced by Bhushan Kumar’s T-Series and Anubhav Sinha's Benaras Mediaworks, is all set to release on 27th May 2022