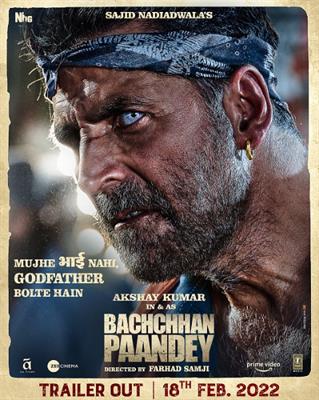 Bachchhan Paandey : Akshay Kumar kills it with this intense killer look as he announces the trailer release date.

Akshay Kumar made the announcement on his social media and posted,

"This is one character that has more shades than a paint shop! #BachchhanPaandey aapko daraane, hasaane, rulaane sab ke liye ready hai. Please give him all your love,"

Also Read :Valimai: Ajith Kumar has created a storm on internet, find out the reason?