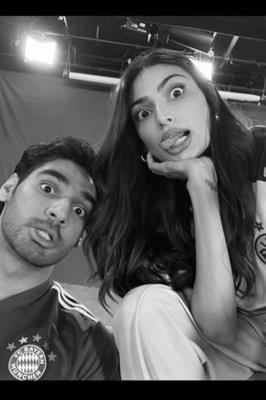 Bundesliga – Football ka Blueprint’ campaign featuring the Bollywood actors to celebrate historic rivalries ahead of the Der Klassiker Anticipated match between Bayern Munich and Borussia Dortmund will be broadcast LIVE on SONY TEN 2 & SONY TEN 2 HD channels on 23rd April 2022, from 10:00 pm IST. As the world gets ready to witness one of the most high-profile matches in the Bundesliga, Bollywood’s beloved siblings Athiya and Ahan Shetty pick sides for the battle royale slated to take place on 23rd April 2022.

The highly anticipated match between FC Bayern München and Borussia Dortmund will result in hard-fought contests on and off the field, even between the two sibling stars, as Ahan pledges his allegiance to Munich and Athiya cheers for Dortmund in the stadium. Understanding the fan fervour around the match, Sony Sports Network, the official broadcaster of Bundesliga has launched its ‘Bundesliga – Football ka blueprint’ campaign, featuring Athiya and Ahan Shetty. The blueprint of football lies in rivalries and one of the fiercest rivalries today is Der Klassiker, between Bayern & Dortmund.

The campaign highlights three main rivalries, starting with the sibling rivalry between the two upcoming talents of Bollywood, who support two powerhouse rivals of the Bundesliga, namely Bayern & Dortmund.

This sets up the biggest league match of the season between the two rivals, where fans will get to watch two top strikers, Robert Lewandowski vs Erling Halaand. Both Athiya and Ahan Shetty will be cheering for their teams live from the Allianz Arena in Munich, Germany.  Athiya Shetty, Bollywood Film Star: “Right from the start Ahan and I have been at loggerheads, but one thing that has always brought us together is our love for football. Although we both love the game, Der Klassiker has reignited our sibling rivalry.

I am so excited that I am going to be able to cheer for my favourite team live from the stadium and I feel Dortmund will sweep the match from Bayern’s hands.” Ahan Shetty, Bollywood Film Star: “Like most siblings, Athiya and I share a bittersweet relationship and she has always been my pillar of strength.

We both love football but when it comes to Bundesliga, Bayern Munich has reigned over Borussia Dortmund in Der Klassiker. I am looking forward to seeing them continue their winning streak and I feel that Robert Lewandowski will emerge victorious against Erling Haaland in this epic rivalry.