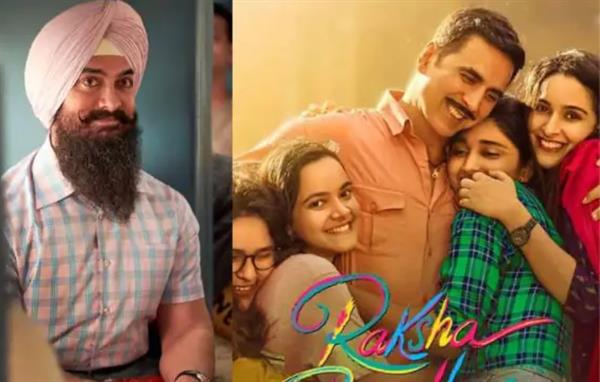 Laal Singh Chaddha and Raksha Bandhan starring superstars Aamir Khan and Akshay Kumar, respectively, will be hitting the theatres. After the viral #BoycottLaalSinghChaddha trend that got the lead cast of the film Aamir Khan and Kareena Kapoor talking, now netizens have been trending #BoycottRakshaBandhanMovie.
Kanika Dhillon’s old controversial tweet went viral on social media. The netizens started to trend the hashtag #BoycottRakshaBandhanMovie. The netizens have claimed that Dhillon's tweets were 'Hinduphobic' and 'hurt the religious sentiments of people' and hence, they will boycott the film.
These tweets and video interviews by actor Akshay Kumar and write Kanika Dhillion have triggered a massive controversy and netizens are calling for Raksha Bandhan's boycott.
Check out the tweets below:

Kanika Dhillon's anti-India & anti-Hindu tweets. She is the writer of the Akshay Kumar's upcoming film Raksha Bandhan. What should we do with this movie #RakshaBandhan ?#BoycottRakshaBandhanMovie #BoycottLaalSinghChaddha #AkshayKumar #BoycottBollywood #BoycottbollywoodForever pic.twitter.com/a3SsSORDbM

The writer of the movie Raksha Bandhan @KanikaDhillon has a problem with Gau Mata, Mandir.
So much disrespect for Hindu Dharma.
Let me tell you,it is better to feed Gau-Mata then to spend on your movie tickets.#BoycottRakshaBandhanMovie pic.twitter.com/YxIezw0ibt