#BoycottLaalSinghChaddha #BoycottBollywood started trending soon after the trailer of Aamir Khan’s most awaited Laal Singh Chaddha got released yesterday night with huge fanfare on television amidst the T20 finale match between Rajasthan Royals and Gujarat Tigers that gave the cricket and movie buffs across the world an adrenaline rush.

Here is the reason why the demand of BoycottLaalSinghChaddha started trending

The reason for the demand of BoycottLaalSinghChaddha has more to do with Aamir Khan’s controversial statements in the past which angered people and questioned his nationality. 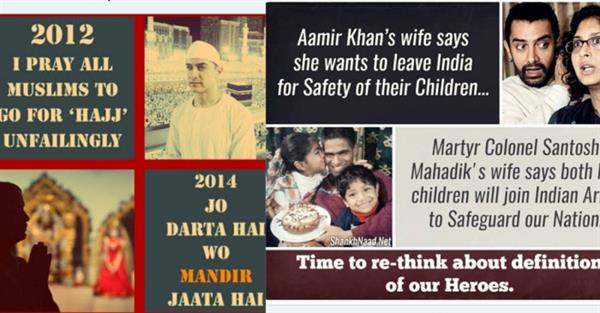 Experience the extraordinary journey of Laal Singh Chaddha, a simple man whose heart is filled with love, hope and warmth. 🙂#LaalSinghChaddhaTrailer out now!
Releasing in cinemas worldwide on 11th Aug.https://t.co/iDS01jchLW#LaalSinghChaddha

Aamir Khan is getting back to the performance centers following four years with the film ‘Lal Singh Chaddha’. His last film was ‘Thugs of Hindustan’ was a disaster. Actually, ‘Lal Singh Chaddha’ is the official Hindi remake of the Hollywood film ‘Forrest Gump’, in which Tom Hanks played the lead role.

Directed by Advait Chandan and screenplay written by Eric Roth and Atul Kulkarni, Laal Singh Chaddha is scheduled for release on August 11, 2022.