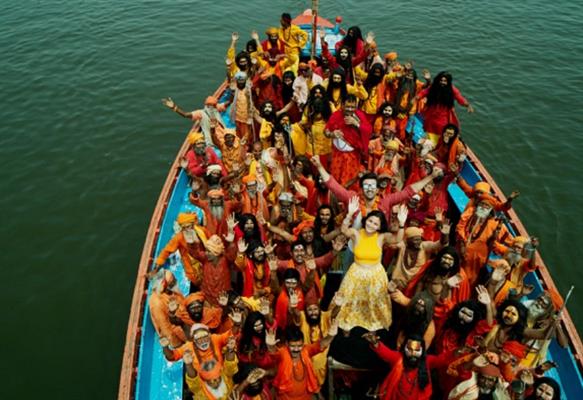 Director Ayan Mukerji announced the wrap after a three-day Varanasi schedule. Sharing a photo with the lead actors, a delighted Ayan revealed that the film's shoot has finally come to an end after five long years.

He wrote, "And finally… It’s a Wrap! 5 years since we took our first shot on Brahmāstra, and we’ve finally filmed our last one! Absolutely incredible, challenging, once-in-a-lifetime journey!!! Some hand of destiny that we finished the shoot of ‘Part One: Shiva’ in Varanasi - a city infused with the spirit of Shiv Bhagwan, and that too at the most sacred Kashi Vishwanath Mandir, allowing us to finish in an atmosphere of purity, joy and blessings! Exciting days ahead, last lap ahead! 09.09.2022 - Here we come!"

An excited Alia also shared a video announcing the film's wrap as she wrote, "We started shooting in 2018. And now … finally .. The filming of Brahmastra (Part One) comes to an end ! I’ve been wanting to say this for such a long time..ITS A WRAP!!!!!!!!" Karan Johar, who is backing the film, also shared a sweet video from the Varanasi shoot and wrote, "And this wonderful, exciting, thrilling journey...one filled with the utmost hardwork, dedication, love & passion has come to an end. Only for it to unravel on the big screens for you to experience!! #Brahmastra Part One - Shiva is coming to cinemas on 09.09.2022!"

With the wrap of its final shooting schedule in the spiritual capital of India- Kashi, Brahmastra is all set to launch in theatres on 09.09.2022!