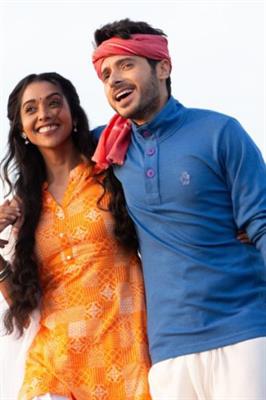 Carnival Motion Pictures recently announced the much awaited ‘Mere Desh ki Dharti’ trailer starring Mirzapur fame Divyenndu Sharma. And, they have now unveiled its first song - the title song - to give an anticipating wait for the film to the audiences.
Composed by Vikram Montrose, the song ‘Mere Desh ki Dharti’ illustrates the beauty of unity, the richness of Indian soil, and nature's wonders. The winsome fierce voice for the song is given by "Sukhwinder Singh" and the lyrics are magnificently penned by "Azeem Shirazi".
In the words of Anupriya Goenka, “With powerful messages drizzled throughout, I am excited for the audience to understand the impact of the film and be inspired just as I was. The theme of understanding our land is a well-recognized path but hardly walked upon and I wish that the audience will recognize it and clutch onto it while leaving the theatres. This song was one of the best things to shoot. Inspired by the evergreen original, this song in itself is very powerful. We made the film with our full passion, and I am hopeful that it will make the audiences feel a rollercoaster of emotions."
Besides Divyenndu Sharma, Mere Desh Ki Dharti also stars a talented cast of Anupriya Goenka, Anant Vidhaat, Rajesh Sharma and others in pivotal roles. The film is directed by Faraz Haider produced by Vaishali Sarwankar, Carnival motion pictures.

With a social message, a comic narrative and powerful performances, "Mere Desh Ki Dharti" will hit the theatres near you on May 6, 2022. Check out the trailer on YouTube and the new song on all streaming platforms now.