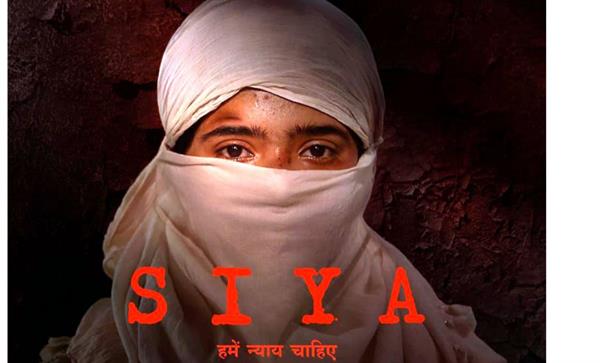 Drishyam Films, the makers of cinematic gems like Masaan and Newton, recently held a star-studded premiere for their next offering SIYA, a human story of a small-town girl who despite all hurdles, decides to take down oppressive patriarchy and fight for justice.
The film that marks Manish Mundra’s directorial debut received unanimous appreciation and praise for its hard-hitting performances, fine storytelling and an overall cinematic experience that left audiences moved and emotional.
Here’s what some of them said after watching the film - Says Suchitra Pillai, “The film was hard-hitting and kept you gripped right till the very end. And the performances were absolutely fabulous.”
Said Anup Soni, “HARD-HITTING..made with a lot of sensitivity & compassion by Manish Mundra and shows his command in his very 1st film as a director.” Said Aahana Kumra, “A big congratulations to Manish Mundra for such a powerful and hard-hitting directorial debut.”
Said Anjali Barot, “I absolutely loved the film and the fact that I was terrified throughout the film shows how genuine and beautiful the performances were.”
Apart from the other great things fellow industry actors had to say, actor Kriti Kulhari, in fact, was in tears after watching the film and was so overwhelmed by SIYA that she was lost for words.
Produced by Drishyam Films, SIYA directed by Manish Mundra released nationwide in four languages today, the 16th September 2022.
Tags : Drishyam SIYA