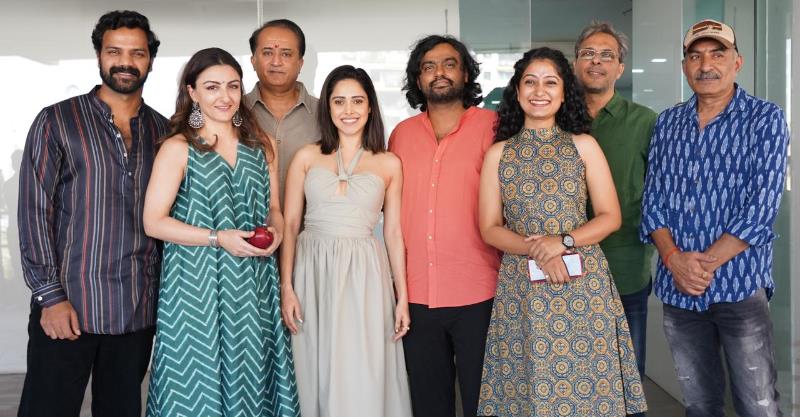 Since its release on 26th November 2021, ‘Chhorii’ fired the imagination of horror fans around the world. Hailed as a genre-defining, Indian horror film, Chhorii earned unprecedented critical acclaim and audience love and travelled universally with its premiere on Amazon Prime Video. Following its incredible success, the makers have reunited to take the Chhorii franchise forward and showcase the next chapter to fans with dialled-up scares and surprises.
The sequel, titled 'Chhorii 2', is set to pick up Sakshi’s (Nushrratt Bharuccha) story from where it left off in the first film and will bring back some key characters as well as introduce new characters and monsters, promising to be even more terrifying than the first edition.
Vishal Furia, who helmed the 2021 Chhorii, returns to directing duties in the sequel being produced by T-Series, Crypt  TV and Abundantia Entertainment. Nushrratt Bharuccha reprises her role as Sakshi from the first outing, ably supported by Pallavi Patil and Saurabh Goyal.
Critically acclaimed and fan-favourite movie star, Soha Ali Khan, joins the cast in what promises to be the most interesting twist for fans.
This film also marks a step forward in Abundantia Entertainment and LA-based Crypt TV’s collaboration to create platform-agnostic, and genre-defying horror stories and will also be the second venture of Psych, Abundantia Entertainment’s vertical focused on horror and paranormal stories. Chhorii 2 is also set to be another successful outing between T-Series and Abundantia Entertainment following recent films like ‘Sherni’ (2021), ‘Chhorii’ (2021) and ‘Jalsa’ (2022).
Speaking on the sequel, director Vishal Furia, said, "I am thrilled to take the story of Chhorii to the next level with its sequel. I have always envisioned Chhorii to be a multiple film franchise and am delighted that my producers are backing my vision. I am excited to bring back Nushrratt in the sequel and to begin a new journey with a powerhouse talent like Soha.”
Sharing her excitement, Nushrratt Bharuccha who returns to play the lead, added, "I am extremely excited and kicked to reprise the role of Sakshi and go back to the world of Chhorii. I cannot wait for the audiences to experience what we have in store for them, this time. It's going to be bigger and better!
Entering the Chhorii universe, Soha Ali Khan said, “I am thrilled to join the cast and be a part of the world of Chhorii. The role that I play in Chhorii 2 is truly unique and a significant departure from the work I have previously been a part of. I really enjoyed the first edition of Chhorii, and am excited to up the horror quotient in this edition.
Chhorii 2 is presented by Gulshan Kumar & T-Series Films. An Abundantia and Psych production, it is produced by Bhushan Kumar, Krishan Kumar, Jack Davis and Vikram Malhotra and directed by Vishal Furia.
Tags : Chhorii Chhorii 2 Bhushan Kumar Krishan Kumar Jack Davis