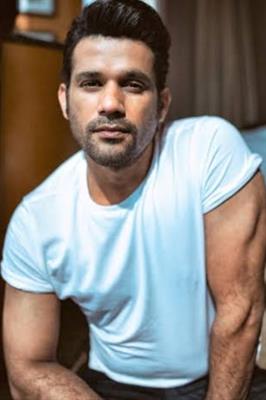 After films like ‘Tumbbad’, ‘Talvar’ and ‘Ship of Theseus’ and the series Maharani, National award winner Sohum Shah cemented his position as one of the most promising talents to come out of India. Shah has a knack for picking contemporary, forward-thinking narratives, and his next few films are expected to showcase his full potential as an actor.
Having constantly dabbled in a variety of genres and versatile roles, Sohum is excited to announce ‘Dahaad’ which will stream on Amazon Prime Video. It was only recently that the powerhouse performer wrapped the shoots of his series ‘Maharani 2’ and the feature film ‘Sanaa’, and is now all set to impress in ‘Dahaad’ produced by Zoya Akhtar and Reema Kagti’s Tiger Baby in association with Excel Entertainment.
Says Sohum Shah, "This is a special time, really, as we’ve just wrapped up “Sanaa", and the second season of “Maharani”. And now I am feeling absolutely thrilled as we finally announce “Dahaad” today.
It's been a pretty crazy ride, in terms of the rapid physical transformation I had to undergo for my role as a cop right after Maharani. And as always, super excited to come back to OTT - I hope Amazon Prime Video audiences love every bit of it!" Sohum Shah has an exciting line-up in the capacity of an actor and a producer, as he looks forward to one of the busiest years in his professional career with ‘Maharani 2’, the feature film ‘Sanaa’, Tiger Baby’s ‘Dahaad’, his production venture ‘CrazXy’, his ten film horror anthology and several other developments in the pipeline.