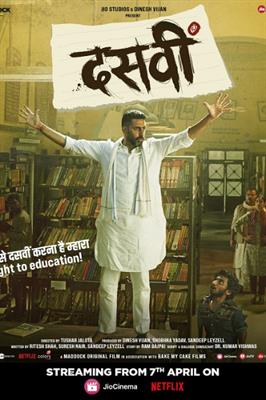 Who is Ganga Ram Chaudhary? Why is this grown man preparing for “Dasvi”? What’s the fuss about? Abhishek Bachchan recently took to Instagram to share a small sneak peek of his next release “Dasvi".

All gung ho and "taiyyar" for 10th grade exams, the actor is a total laugh riot in the clip.

The cherry on top was a special message where Abhishek wished his "fellow" 10th graders good luck for their upcoming boards.

But that's not all, seems like the students have quite a "paisa vasool" surprise to look forward to after exams! The promo reveals that Dasvi will release on the 7th of April on Jio Cinema and Netflix.

Produced by Dinesh Vijan and Bake My Cake Films, streaming on Jio Cinema and Netflix from 7th of April 2022.