Dasvi : Macha Macha re masledar gaana is out 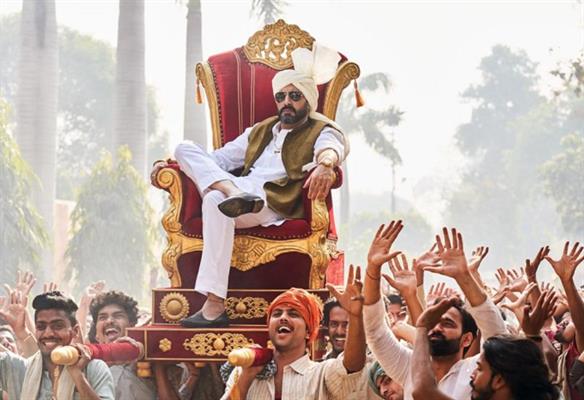 Dasvi : Macha Macha re masledar gaana is out

The Dasvi trailer is a zordaar  hit! Fans are very excited for the film, with many showering a lot of prem on Abhishek Bachchan’s Ganga Ram Chaudhary.

With the kind of admiration Ganga bhaiyya is getting, it’s no surprise that the film’s Pehla gaana features the man himself!

“Macha Macha” sees Abhishek Bachchan in quite a masala mood, as the neta turned prisoner shows off a few moves in front of his fellow qaidis.

The song perfectly captures the entertaining vibe of the film, with Abhishek twirling his signature moustache in total royal swag.

The film tells the story of an illiterate, bhrasht and bombastic neta who discovers the magic of education while trapped in jail.

What makes “Macha Macha" even more enjoyable is a funky rap with a unique desi flavour. The song has massive repeat value and immense “mass” appeal.

Composed by Sachin-Jigar, the track’s lyrics have been penned by Amitabh Bhattacharya.

Mika Singh, Divya Kumar and Sachin-Jigar have lent their voice to the tune, with rap by Mellow D.