Dehati Disco is not only a musical but it will make viewers feel proud of our country and her heritage: Director Manoj Sharma 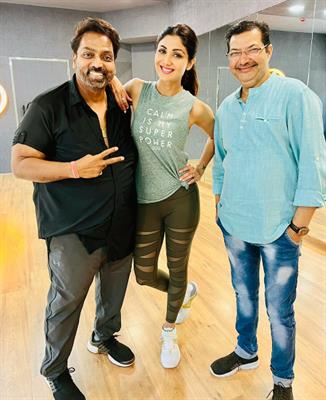 A dance and music film, 'Dehati Disco' is an emotional journey of father and son. Writer director Manoj Sharma's next, who has written and directed many hits including Krishna Abhishek, Mugdha Godse starrer comedy film Sharma Ji Ki Lag Gayi, is going to release on May 27. The trailer of the film is getting an overwhelming response as it has received 12 million views in 4 days.
This film is an emotional story of father son Bhola and Bhima. Bhola is played by Bollywood choreographer Ganesh Acharya while his son Bhima is played by Master Saksham Sharma who is a finalist of Super Dancer Chapter 3
Manoj Sharma says, "This film is based on dance but it is also an emotional journey of a father and son. We had a lot of fun shooting for the film. Although Ganesh Acharya has acted in the past, he has worked hard for this film. During the lock down, both of us together wrote the script of the film. The film has turned out to be as beautiful as we had imagined and we hope that the audience will also enjoy it."
Manoj Sharma added, "Ganesh Acharya, Ravi Kishan have also done a wonderful job in the film. Ravi has played the pivotal character of Radhe, his presence will be a treat for the audience. Many actors including Manoj Joshi, Rajesh Sharma, Pankaj Berry have good roles. Forty-five days of continuous shooting was done in Lucknow on a large scale, in which there were also many dancers."
"Producers of the film, Gitesh Chandrakar, Wasim Qureshi and Kamal Kishore Mishra supported me completely," said Manoj ji, "you have to make a good film. I thank all my producers who gave me a chance to do good work and I was able to choose a good team. Remo D'Souza has also made a guest appearance I would like to thank him too."
The music of the film is also its highlight. This dance and music film needed to have good music. International drummer Shivamani has has composed music and songs will be released soon by T-Series.
Manoj Sharma shared how while watching Dehati Disco under the banner of Qureshi Productions Pvt Ltd and One Entertainment Film Productions, the audience will feel proud of their country, their soil, their culture. This film talks about the country and the art of our country.