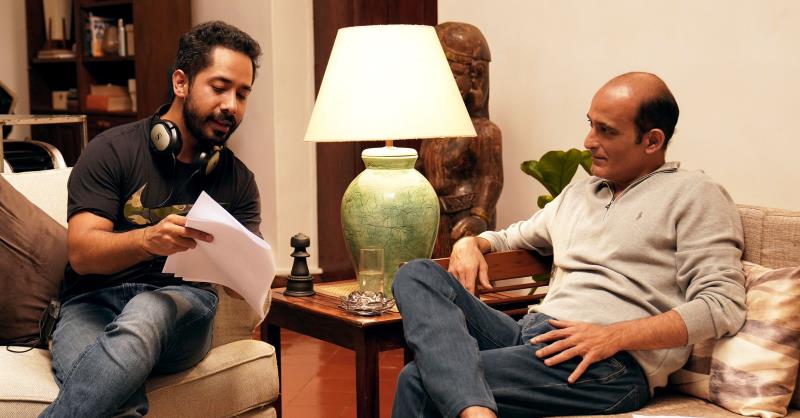 Drishyam 2 has been the talk of the town since its inception, the excitement and intrigue amongst the fans were at the highest of heights as the trailer of the film came out. Akshaye Khanna, the new addition to the team adds immense value to the narrative, the performance and the intense drama between Ajay Devgn and Akshaye Khanna will indeed be the major highlight in the movie.
Speaking about the character of Akshaye Khanna, the director of the film Abhishek Pathak expressed, “In Drishyam 2, we have Tabu and Ajay Devgn confronting each other and I wanted someone of that level or even beyond that. The entire character was designed keeping this in mind, we never thought that we would write it and then think of casting. From the 1st day itself, when we started writing the Cop character – we had Akshaye in mind, his image and his personality. That made it very easy for us, as we knew what we would bring to the table. He was always the first option and my first thought for this character and we are very happy with it.”
Other than Akshaye Khanna, Ajay Devgn and Tabu, the film also stars Shriya Saran and Ishita Dutta in pivotal roles.
Viacom18 Studios Presents Gulshan Kumar, T-Series and Panorama Studios present, Drishyam 2 produced by Bhushan Kumar, Kumar Mangat Pathak, Abhishek Pathak and Krishan Kumar. The original score and music is by Rockstar DSP (Devi Sri Prasad). Directed by Abhishek Pathak, Drishyam 2 is set to release theatrically on 18th November 2022.
Tags : Drishyam 2 Abhishek Pathak Akshaye Khanna