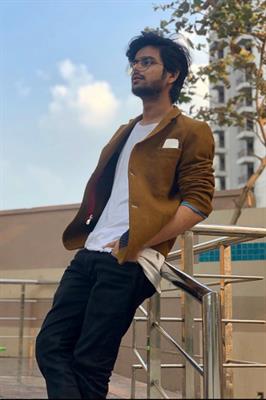 Dushyant Kapoor, who is known for his renowned series Suitboy (2020), Boom: Magic Pencil Returns (2018) and Mahakaal (2016), have been the target of his loving fans querying him if he has any hand behind the upcoming movie ‘Shaktimaan.’

Since ‘Shaktimaan’ is a sci-fi movie and Dushyant Kapoor has been making sci-fi web series since the beginning, the assumption of his fans was not that far-fetched.

In the words of Dushyant Kapoor, “I woke up today and found my social media handles filled with questions about the latest announcement of 'SHAKTIMAAN' movie. I was stunned to see people asking me "if I am a part of it or am I directing this film?".Six years ago, I know you all believed in me when I created Shaktimaan Fan-Made Trailer, you all put your trust in me in millions and Mr. Mukesh Khanna Ji appreciated us too.

He further continues to say, “To all of you guys across the nation & world, I want to say that I am feeling so blessed that you guys believe that I can be a part of such a huge phenomenon but unfortunately this is not true, I am not a part of this Shaktimaan movie for now. I wish I could be the one. Thank you all for believing in me, I am excited about the film.

Unfortunately this is not true, I am not a part of this Shaktimaan movie for now" says Director Dushyant Kapoor