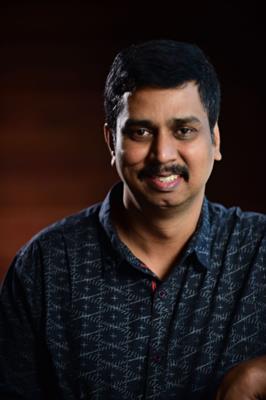 Junglee Pictures, who have made genre-defining films like Talvar and Raazi, recently announced its next movie in development, an epic drama-thriller titled Dosa King, post acquiring the life rights of Jeevajothi Santhakumar. The film inspired by her life and her tribulation with a restaurant mogul who was accused of a crime that shocked the nation resulting in a conviction after a trial that waged on for eighteen years – P.Rajagopal v. State of Tamil Nadu, promises to be a story of unimaginable grit and ambition.
To direct this expansive story, Junglee Pictures has onboarded ace-director TJ Gnanavel who will be making his directorial debut in Hindi Cinema with Dosa King, after recently announcing his next with National Award-winner Suriya. Known for his widely relatable storytelling and flare for creating characters that find relevance beyond language and culture, his recent work includes the critically acclaimed and superbly received Tamil film Jai Bhim which was written and directed by him. He is also known for films like Payanam and Kootahil Oruthan.
Dosa King depicts Jeevajothi’s fight against a powerful opponent, the owner of one of the largest South Indian restaurant chains in the world. An Indian restauranteur, better known as a family man who was worshiped for his huge-hearted generosity by not only his employees, but also by the diners and how his pursuit of the unwilling Jeevajothi – less than half his age at the time, led to him being accused and eventually convicted for the murder of Jeevajothi Santhakumar’s husband - a justice by the hon’ble Supreme Court that came almost two decades after the crime.
Sharing his excitement, TJ Gnanavel expressed, “I’ve observed the subject closely, following the case during my days as a journalist. I hope to bring out new dimensions through Jeevajothi’s legal battle on screen. Today, directing this project & working on its characters feels surreal. I'm excited to begin this journey with Junglee Pictures who are known for developing some of the most iconic films in contemporary Indian Cinema.”
Amrita Pandey, CEO Junglee Pictures, “Dosa King is a riveting tale that will require a keen eye while detailing the characters and story. Gnanavel’ s years as a journalist makes him a balanced filmmaker with an obsession for details and authenticity. We're beyond excited to partner with him to bring this captivating, unbelievable and inspiring saga to life.”
Junglee Pictures is all set for 2022 with an exciting slate of films, starting with 'Doctor G', 'Woh Ladki Hai Kahaan?', 'Dosa King', 'Ulajh' and 'Click Shankar', to name a few.
Tags : Junglee Picture TJ Gnanavel Dosa King