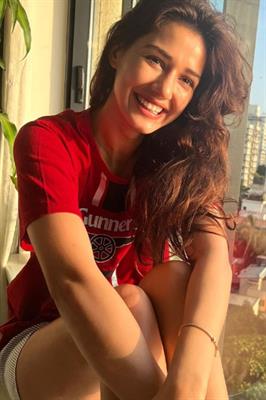 Nag Ashwin’s sci-fi Project K, is one of the most ambitious not to mention one of India’s most expensive films of all time, speaking volumes for the scale the entertainer has been mounted on.
Apart from being headlined by Pan-India star Prabhas, Hindi film industry superstar Deepika Padukone and the legendary Amitabh Bachchan too were announced as part of the starcast of the VFX entertainer. Joining the Project K family now is Disha Patani, who has been roped in for an interesting role in the film.
The young star was welcomed to the team with a special gift from the makers who mentioned how thrilled they are to have her join the film.
It looks like a spectacular year for Disha Patani at the movies with Ek Villian Returns, Dharma Productions’ Yodha a modern-day action entertainer, Balaji’s KTina which she headlines and now Project K.