Divya Khosla Kumar Fans are up and ready for her next film " Yaariyan 2". 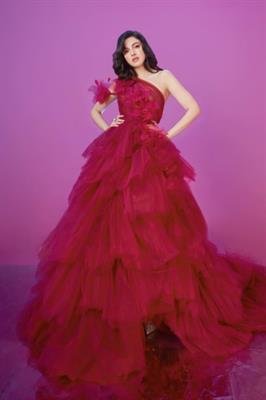 Divya Khosla Kumar is a name synonymous with all things entertainment. She has donned the hat of a director, producer, actor all with aplomb over the years and has been an inspiration to all girls and women alike across the globe. She has given us nothing less then perfection in any field that she has worked and the past 2 years she has delivered nothing less than hit with her blockbuster song, Yaad Piya Ki Aane Lagi, Teri Aakhon Mein, Designer, and more.
Divya has recently surprised her fans with the much awaited announcement of her upcoming film " Yaariyan 2". She has answered the prayers of her loyal fan following by announcing the film. Interestingly, in the first instalment she was the one behind the camera and now she is the one facing the camera as the lead actress! As she confirms the release date of " Yaariyan 2" as she captions the post " Finding friendships in family and family in friends ! Coming back to you , is the beautiful story of Yaariyan 2"
This news has been on fire ever since the makers dropped it and has broken the internet with pure excitement to see the second instalment! Divya's comments and DMs have been flooded with appreciation and excitement from her fans and we too can't wait to see what the cult movie, Yaariyan 2 will have in store with us!
Tags : Divya Khosla Kumar Yaariyan 2