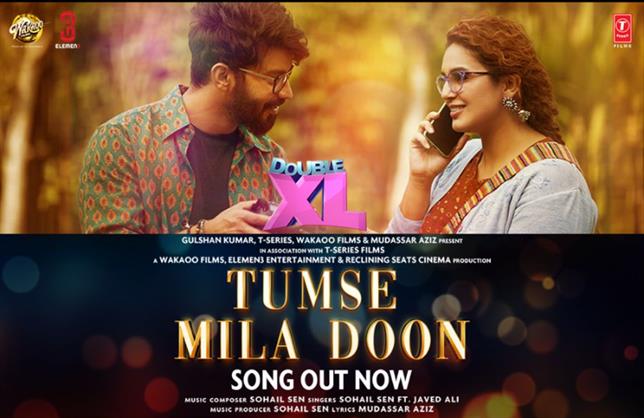 After songs like ‘Ki Jaana’ and ‘Taali Taali’ the makers of Double XL are now out with ‘Tumse Mila Doon’ a melodious track which interestingly is interspersed with lyrics in both Hindi and Telugu. This would be a first of its kind move from the producers of Double XL as ‘Tumse Mila Doon’ is a pan Indian song that has been included in a Hindi entertainer.
Sung and composed by Sohail Sen featuring Javed Ali, the song has been penned by Mudassar Aziz and is a romantic track and an open declaration of love from actors Zaheer Iqbal and Mahar to Double XL’s leading ladies Huma Qureshi and Sonakshi Sinha.
Double XL takes a trip into the hearts of two plus-size women, one from rural Uttar Pradesh and the other from modern New Delhi, as they navigate through a society that frequently associates a woman's attractiveness or beauty with her size.
Here to usher social change through a fun, commercial, and family entertainer, Double XL feels like a welcome change and a notable shift in movies in a world of superficial standards and unrealistic expectations.