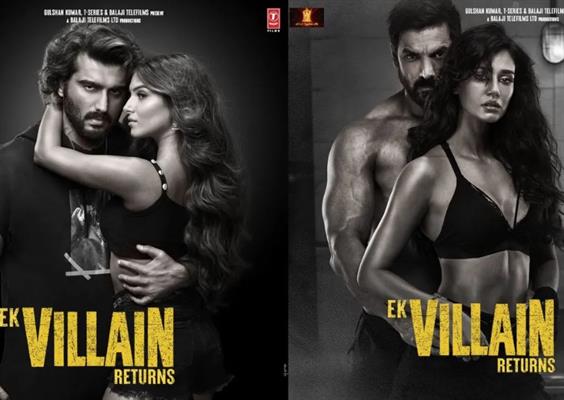 It rarely happens that the same person creates the same euphoric history again. In such a rare and iconic Bollywood moment, director Mohit Suri will be bringing back the soul of the Ek Villain franchise. Galliyan, the chart-busting number that has remained culturally relevant eight years later too, will be making a comeback in Ek Villain Returns as ‘Galliyan Returns’. This will the very first time in the history of Bollywood that the makers of the song, including director Mohit Suri, singer-composer Ankit Tiwari and lyricist Manoj Muntashir, will be reuniting to recreate the song.
The makers of the film teased fans of the franchise with a scratch of the song in the recently launched trailer. And sure enough, the song has caught the attention of the fans. Reimagined with a dark undertone this time around, the catchy tune of the reprised version of the song has been playing on everyone’s minds ever since the trailer hit screens.
Speaking about the song’s reprised edition, director Mohit Suri said, “I've never recreated any song before and for me, it’s as simple as there is no Ek Villain without Galliyan! We knew we wanted to bring back the song but in a way that will take audience by surprise, hence, we decided to collaborate with the same team right from singer, composer, lyricist to the ones who programmed it. Galliyan Returns takes the depth and feel of latter hit a notch higher, can't wait for you all to give it a listen!”
Talking about the song, singer-composer Ankit Tiwari said, “Ek Villain Returns is darker, bigger, better and full of even more power-packed action than the original. So we had to adapt Galliyan Returns to fit the tone of the film! We have put in a lot of thought to bring out the song in a way that’s dark, yet commercially appealing. We hope you love it!”
Commenting on the new updated version of the song, lyricist Manoj Muntashir said, “Galliyaan Returns is a surprise package in itself! The response to the tiny bit the fans have caught in the trailer has already been great and we can’t wait to finally launch it!”
It certainly looks like the anticipation to give Galliyaan Returns a listen is thick in the air! The great news is that fans won’t need to wait much longer with the song being released on July 4th! Starring a powerful ensemble cast including John Abraham, Arjun Kapoor, Disha Patani and Tara Sutaria, Ek Villain Returns will release worldwide on 29th July 2022. The movie is directed by Mohit Suri and jointly produced by T-Series and Balaji Telefilms.
Tags : Ek Villain Returns John Abraham Arjun Kapoor Disha Patani tara sutaria