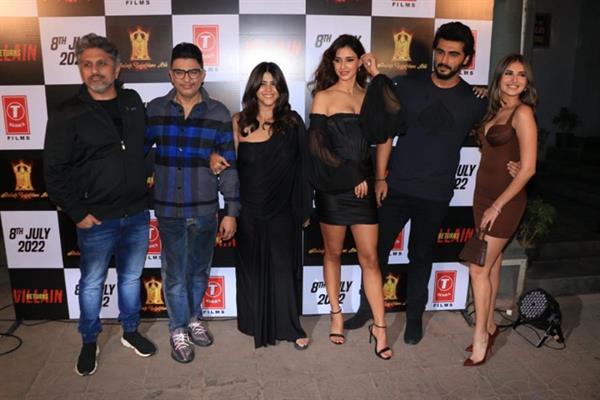 Ek Villain Returns wrapped its last schedule a few days ago in Mumbai, leaving us fans super excited for what's coming up next! Racing towards the big bang Eid release on 8th July 2022, the film will feature high octane action drama and never-before-seen stunt sequences with thick suspense thriller.

Amid all the excitement and anticipation around the year's most awaited actioner, producers Bhushan Kumar and Ekta Kapoor threw a success bash for the entire cast and crew in the city today.

Lead stars Arjun Kapoor, Disha Patani and Tara Sutaria, with the filmmaker Mohit Suri, among others, joined the party to celebrate the Ek Villain Returns' wrap! Coming in are hot off the press pictures from the resounding night.