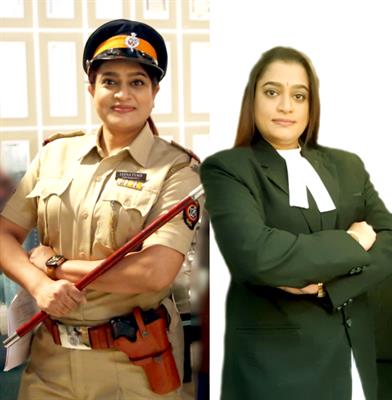 Bollywood is a destination for endless opportunities. In this world of glitz and glamour, many actors have earned great fortunes and are living their dream. Ekta Jain is among the few actresses who have been in the industry for more than two decades. Starting her career in 1998, Ekta has appeared in various TV serials, shows and ads. Over the years, the actress has worked as an anchor, dubbing artist and presenter for many events and shows.
Ekta Jain in her magnificent career has been a part of more than 25 soap operas which include ‘Shagun’, ‘Kahin Diya Jale Kahin Jiya’, ‘Naina’, ‘Family No. 1’, ‘Inspector Vijay’, ‘Jai Ganga Maiyya’, ‘Aasha Ki Kiran’ and Shaka Laka Boom Boom (animated). Besides working in TV serials, Ekta Jain has had a terrific filmography which includes ‘Nayak: The Real Hero’, ‘Taal’ and ‘Chori Chori Chupke Chupke’ to name a few.
Having a 360-degree exposure to the industry, the actress has participated in plays, skits, fashion shows and other beauty pageants across Mumbai and other Indian cities. While the actress was on a sabbatical for quite a long time, she made her foray into the industry after a hiatus. Looks like Ekta Jain is said to make her presence felt once again in the telly world
As the actress has got interesting projects including TV shows, films and ads in her kitty, she is leaving no stone unturned to rule the prime-time slot on the small screen. Apart from entertaining the audience, Ekta Jain has been a host of Aaj Tak’s popular show segment ‘Saas Bahu Aur Betiyaan’. Despite the strenuous schedule, she has also been hosting shows for Laughing Colours, one of the biggest media pages on Facebook.
Interestingly, the actress will next feature in three different films titled ‘Khali Bali’, ‘Shatranj’ and ‘Trahimaam’. All the films are of different genres and will see Ekta in distinguished roles. It is said that the films got postponed because of the unfortunate COVID-19 pandemic. However, the films are slated to release later this year.
There has also been a strong buzz that Ekta Jain will be seen in international projects. While nothing is known about it, the close sources suggest that her upcoming projects include an Indo-Chinese film. When we tried reaching out to the actress, she was unavailable to comment about it. It would be too early to assume, but we are already excited about Ekta’s line-up of projects.