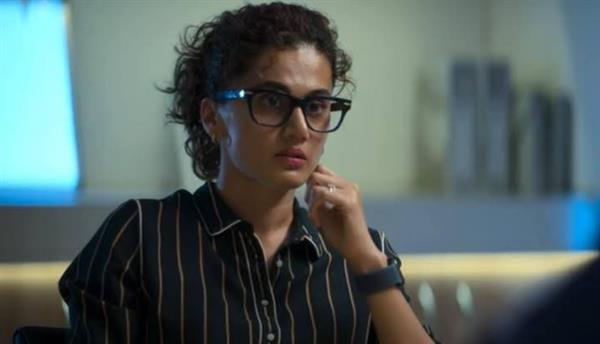 As soon as the trailer of Anurag Kashyap’s directorial new-age thriller Dobaaraa has been released it flooded the internet with praising comments from its fans. While the audience is rolled by the mysterious world of Dobaaraa, the film is receiving all the love that it deserves with the launch of the trailer.
Having collected immense love at the most prestigious film festivals such as London Film Festival & Fantasia Film Festival 2022, Dobaaraa has already registered its name all around the corners much before its release.
The trailer looks absolutely on the other level with a bunch of twists and turns expected amid an adventurous mystery. Moreover, the film will also mark the assemble of a producer-director-actor, trio, Ektaa R Kapoor, Anurag Kashyap, and Taapsee Pannu, who are specialists in their genres. The trailer takes the audience through the suspense and thrill of the film and that is furiously winning hearts. The netizens were seen calling it a perfect blend of Frear, Suspense, and mystery. Moreover, the film will also see the Manmarziyaan director-actor duo, Anurag Kashyap and Taapsee Pannu coming back with this film.
Be it the suspense or the quirkiness the audience couldn't stop praising the trailer ever since it has got released. While lauding the trailer, netizens were seen sharing their comments on social media.

So Good Luck #dobaaraa trailer has definitely made an impact more than whatever I expected and the response is positive 🧿🥺 my heart is happy! ❤️ best of luck @taapsee and love you so much 😘😘 pic.twitter.com/i80s3qLeol

Watch Dobaaraa on 19th August 2022 at the cinemas near you.