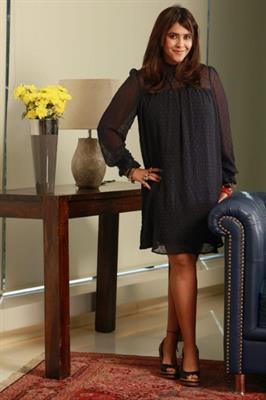 Ekta Kapoor is synonymous with the term Content Czarina. Fresh from her Padma Shri win the filmmaker is regarded as the revolutionary who changed and shaped the TV landscape. With a successful 2021 coming to an end the producer is aiming for an even better 2022 with as many as 23 projects lined up for release.

Talking about her projects in 2022 Ekta says, “I am very excited to announce that my team and I are all set to release more than 23 projects in 2022. We have some amazing content ready to release across various platforms be it theaters, web shows or TV channels. We at Balaji have always believed in experimenting when it comes to providing entertainment to the audiences and with our upcoming projects we have tried to take the level a notch higher."

Some of the projects that are shot and ready to release while some are still at the development stage.

In 2021 Ekta Kapoor released multiple shows and also had multiple films lined up for which the shooting happened throughout the year. The filmmaker is set to work with some of the biggest name in the industry in Amitabh Bachchan, John Abraham, Neena Gupta, Disha Patani, Kareena Kapoor, Hansal Mehta and many more. She has as many as 4 hit films lined up along with more TV and web content coming up.