Ektaa R Kapoor attends the prestigious BSE event for a women conclave; slays in the ethnic dress of her brand 'EK'; Checkout! 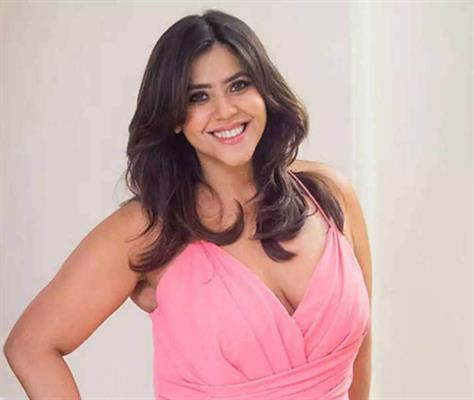 With her sheer knowledge of the audience's psyche and entrepreneurial zest, Ektaa R Kapoor is the one leading lady in the Indian entertainment industry who has always ruled the hearts of the audience around all the platforms. While Ektaa has been an inspiration for millions of people around the globe, she went on to shine at BSE for a women conclave  where she was seen speaking on entrepreneurship and shared her wisdom on the same.
In the event that was held in the city, the content Czarina was seen wearing a beautiful ethenic dress which is a specially selected one from the closet of her brand 'EK'. Taking to the social media, she shared a video of her time at the BSE event and wrote “At the @bseindia for the conclave
Wearing @ekbyekta”
Checkout:

Meanwhile, Ektaa R Kapoor has been making the headlines all year. Her show Lockkup turned out to be a major success and just like ‘Goodbye’, the producer has several amazing projects coming ahead.