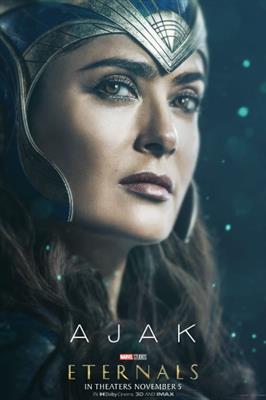 The Academy Award–nominated Mexican actress, producer and director Salma Hayek portrays Ajak, and she was ecstatic to be asked to star in an MCU movie with a female director and a focus on diversity.

“I’m very happy to be part of this particular film for Marvel because Chloe has a very specific vision for the movie,” says Hayek.

“It is the most diverse cast they’ve ever had. She uses our personalities and our diversity in a seamless way in the film so that it's unifying at the same time as celebrating.

You get the sensation that you’re making almost like an independent film that is huge. It’s not in the sense of an independent, but in the way independent films tell very personal stories.  And this is amplified visually and with the stakes. It’s a beautiful combination.” 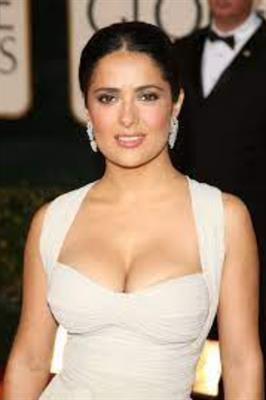 For Hayek, there is a deeper meaning to the diversity of the Eternals. “The Eternals are all very powerful, but they are the most powerful when they come together,” she explains.

“Because they’re so diverse, I think this is also another message: the importance of working together towards helping this planet and embracing our differences. There are a lot of differences between the characters and their ideologies, and their choices. They could remain separated, but as hard as it is sometimes to find a way to take only one path together, they must.”

“Eternals” follows a group of heroes from beyond the stars who had protected the Earth since the dawn of man. When monstrous creatures called the Deviants, long thought lost to history, mysteriously return, the Eternals are forced to reunite in order to defend humanity once again. Marvel Studios’ “Eternals” stars Gemma Chan, Richard Madden, Kumail Nanjiani, Lia McHugh, Brian Tyree Henry, Lauren Ridloff, Barry Keoghan, Don Lee  with Kit Harington, with Salma Hayek and Academy Award®–winner Angelina Jolie. The film is produced by Kevin Feige and Nate Moore, and directed by Chloé Zhao, who won this year’s best director Academy Award® for “Nomadland.”