Everything on this project was a winner for me, says Alaya F about working in Disney+ Hotstar’s upcoming romantic thriller, Freddy 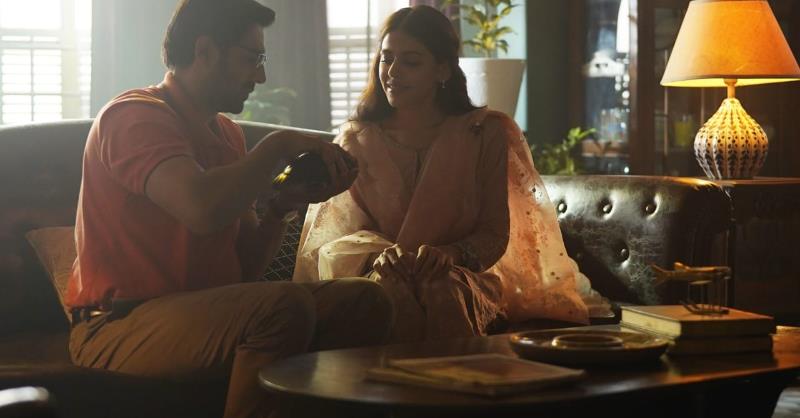 Disney+ Hotstar recently announced their upcoming spine chilling romantic thriller ‘Freddy’. Produced by Balaji Telefilms Ltd, NH Studioz and Northern Lights Films, directed by Shashanka Ghosh and starring Kartik Aaryan and Alaya F, the film will release on December 2, 2022 exclusively on Disney+ Hotstar.
Kartik Aaryan's most awaited Freddy is about the journey of Dr. Freddy Ginwala, a shy, lonely and socially awkward person who loves playing with his miniature planes and the only friend he has is his pet turtle ‘Hardy ’. Filled with unusual twists, turns and chaos of emotions, Freddy will keep the audiences at the edge of their seats.
Alaya F, who plays Kainaaz in the film, shared her thoughts behind taking up the unusual romantic thriller. “Everything about Freddy was just so exciting. Starting from the fact that Ekta (Kapoor) ma’am and Jay (Shwewakarmani) sir  were a part of it, and since I had worked with both of them on earlier projects, there was a great level of comfort and trust! Then, of course, Kartik was a part of the project and I was really grateful that I was getting the opportunity to work with him. Most importantly, the script! I remember the first time I received the script, I was in the middle of another shoot, and I was reading it on my phone, very secretly and discreetly between shots. I was so engaged and gripped! I was overjoyed that I was getting the opportunity to play this role.I was just so, so excited!Everything on this project was a winner for me.” she said.
Talking about what makes the film stand out, the actor said, “Freddy is a super engaging and gripping film. It feels fresh and I really think audiences are appreciative of new and original films. Kartik has done an incredible job as Freddy, and he’s never been seen in a role like this before, so that makes it even more exciting!”
Tags : Alaya F Freddy