Faruk Kabir – the director of the hit Khuda Hafiz has now made his presence in megastar Amitabh Bachchan’s stronghold.

Yes, you read it right.

Faruk Kabir has become the first Indian director to be invited by the famous Egyptian TV Channel for a talk show.

Faruk Kabir is making a splash with his filmography across the globe. The celebrated filmmaker, awaiting the release of his most anticipated project, Khuda Haafiz: Chapter II – Agni Pariksha.

Faruk Kabir joined the talk show and discussed his journey & process as a filmmaker. The director's appearance on the Egyptian TV Channel AlHayah TV Network is a step forward towards placing Indian Cinema on a global map. 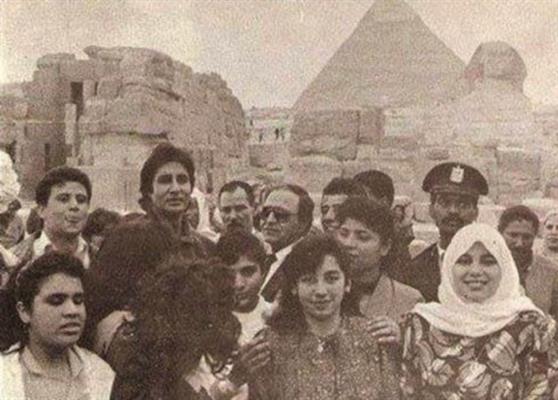 "As a filmmaker and storyteller, there's nothing that excites me more than being recognised for my work. I am grateful for the love that the audience has been showering on me across the globe."

Khuda Haafiz, starring Vidyut Jammwal and Shivaleeka Oberoi, became a blockbuster hit in 2020. The sequel of the same is already being touted as one of the most awaited releases of the year.

For those who are unaware, the icon for the icons Amitabh Bachchan is still very popular in Egypt. But his popularity during his prime was incomparable. People during those time use to say that if Amitabh Bachchan would haven contested for President election in Egypt, he would have won.