Fatima Sana Shaikh finally gets on a social media trend and you shouldn't miss it! 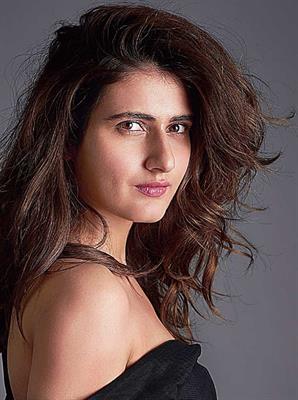 Fatima Sana Shaikh is one of the most versatile actors in the Hindi film industry. The proficient girl has made her presence count in every movie she appeared in. She has always been seen experimenting in different looks and characters.
The year 2022 looks very promising where we will find the actress bring different avatars to the screen with dynamic projects.
Fatima is known not only for her acting skills but also cute looks and amazing fitness videos which she keeps sharing with her fans.

Recently the diva was seen putting up yet another motivational post on fitness. Where she wrote a beautiful caption defining Fitness. She wrote “ Finally Ek trend karlia”
Fatima Sana Shaikh always manages to win the hearts of her fans with her fitness posts. And she never fails to give major fitness goals. Besides Sam Bahadur, Fatima Sana Shaikh will also be seen in Dhak Dhak .
Tags : Fatima Sana Shaikh Dhak Dhak